Certified Lender of the US Small Business Administration (SBA)

Our commitment to our borrowers and our partners

To be an ethical and responsive community leader that provides loan products and resources to foster the success of small businesses at all stages of growth. 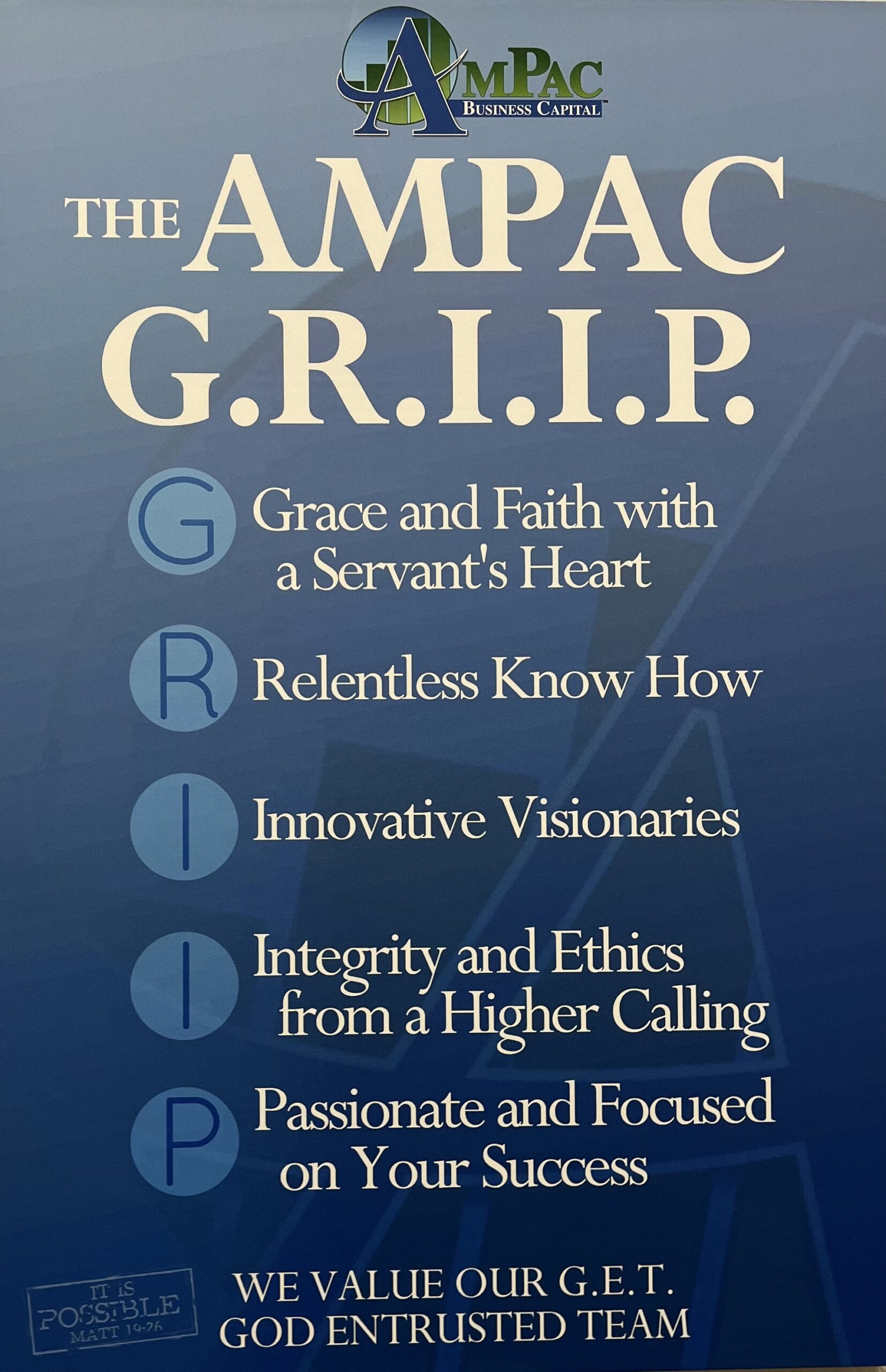 Let Us Show You Around

"Our vision is to say yes to promising business owners at all stages of growth and to give second chances when others wish they could."

"Our vision is to say yes to promising
business owners at all stages of growth and to give second chances when others wish they could."

We value our faith in providing wisdom to serve our clients with the highest degree of excellence and business ethics.

We value our expertise in SBA regulations and programs to provide the most effective resources to facilitate business success.

We value advocacy for business owners, walking with them hand-in-hand throughout the process.

We value partners that provide resources to propel business growth.

Ms. Kennedy is the President and Founder of AmPac Tri State CDC; a nonprofit economic development corporation certified by the United States Small Business Administration to provide SBA guaranteed 504 loans for new and growing small businesses. AmPac is the SBA’s first faith-based certified lender in the country. AmPac Tri State CDC is a member of the National Association of Development Companies (NADCO), a Board Member of the Risk Management Association – Inland Empire Chapter, Past President, National Association of Women Business Owners – CA – Public Policy Director; National Association of Women Business Owners – Inland Empire, and has strong relationships with a number of banks, investors and non-traditional lenders.

Ms. Kennedy spent twelve years working in local government and community lending. As the Director of Economic and Business Development for the City of Inglewood, Ms. Kennedy established and implemented a $45 million loan fund with funds from the U. S. Department of Housing and Urban Development and matching funds from Federal Home Loan Bank of San Francisco member banks. During her tenure in Inglewood, she also served as Chief of Staff to the Mayor of Inglewood and the City Administrator; and as the City’s Public Information Officer where she was involved in coordinating City-wide events.

Ms. Kennedy graduated from the University of California at Berkeley with a degree in Psychology and completed a post-graduate fellowship with the Coro Foundation in New York City, New York. Kennedy and her Coro Foundation completed a study for D. C. staffers on how the U. S. can provide quality, affordable health care to all Americans.

Janine Warren joined AmPac in September 2013 after a banking career of more than 20 years. Janine worked for community, regional and national banks throughout Southern California, with her latest assignment and longest tenure at Union Bank. Janine also worked at Citizens Business Bank and Bank of America.

Janine has worked as a business banker and Relationship Manager and has been involved with conventional transactions, SBA loans and other specialty financing for her clients.

Janine graduated from California Polytechnic University at Pomona earning a Bachelor’s degree in Business Administration with a concentration in Finance, Real Estate and Law.

Jose Juan Vega is the EVP Loan Management Integrator at AmPac Business Capital. Jose oversees the loan and lending process to provide finances for small businesses. He identifies clients and collects the necessary information to submit to the underwriting process.

Jose began his journey with AmPac early 2021. In his spare time, Jose loves to go mountain biking and enjoys going to Big Bear.

Having extensive training and experience with SBA and 504 loan programs, Brandon is able to be a vital part of AmPac's financing process, front and back office support. With an additional skill set in IT management Brandon oversees the network and server infrastructure for the company.

Julie Silvio is a Senior Credit Underwriter at AmPac Business Capital. She currently oversees the underwriting process and focuses on the credit quality as loan is sent to the SBA. Julie thoroughly enjoys using her underwriting skills to help the community.

Graduated from Cal Poly Pomona in 2003 in Business

Julie enjoys going on adventures with her husband and their three kids. Altogether they love to travel to museums, go hiking, and take trips to beautiful landmarks.

Jennifer Salazar is a Loan Administrator at AmPac Business Capital, and she began this role in 2008. Jennifer serves as a supervisory role over a team of processors and keeps her hands in the file of the loan process until it reaches servicing.

10+ years in accounting and receiving

Experience in collections and processing payments

Jennifer loves to be outdoors and watch birds and butterflies in their natural state. She describes them as "freedom in the air."

Brian Kennedy, Jr. is the Ecosystem Director at AmPac Business Capital. In this role, Brian works with public and private partners to build avenues for entrepreneurs to get financing, training, and development in their business endeavors through knowledge-based assistance with business plans, financial projections, and more.

Do you have questions for us?

Stay Up to Date With Ampac Small Business News

Something went wrong. Please check your entries and try again.
Scroll To Top